Am I the only one in the entire world who has hormonal acne?  It sure feels like it.  All y’all with your beautiful skin!  Right around that time I seem to break out in those under the skin boils that are hard to see and hurt to touch?  You know the ones.  And I can’t believe I just said that in public ha ha!  To make matters worse I scar super easily when pregnant.  Weird, I know.  If one little zit goes wrong when I’m pregnant I have a scar to show and tell for the next year or so.  It’s awful.So I did some digging and found this super great mask!  I’ve only done it a few times but I really like it!  I call it the burning face mask because… um… it kind of burns.  But it’s like a good burn.  I’ve titled it on my pictures the acne scars be-gone face mask because that’s what it’s gonna help fix! 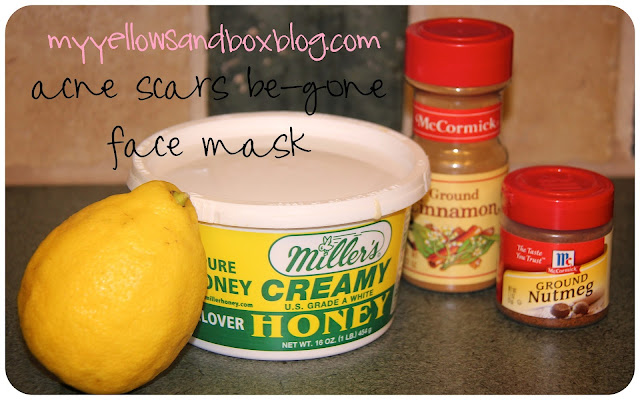 Directions:
Mix together into a thick paste.  Apply on your face for half an hour… or ten minutes if you can’t handle the burn!  It’ll only burn for the first five minutes or so and then it sort of wears off.  Rinse the mask off with warm water and moisturize.  NOTE: If you have sensitive skin leave out or dilute the lemon.  I’m serious.  I call it the burning mask for a reason!  This is a mask and not to be used to exfoliate your skin.  It’ll hurt.  Promise.  Don’t do it!  If you leave out the lemon just use enough honey to make it paste-y.  I used the creamy honey so I had to nuke it in the microwave for a few seconds to get the right consistency.  You’re just going for a paste though, so don’t worry if the measurements are all off. 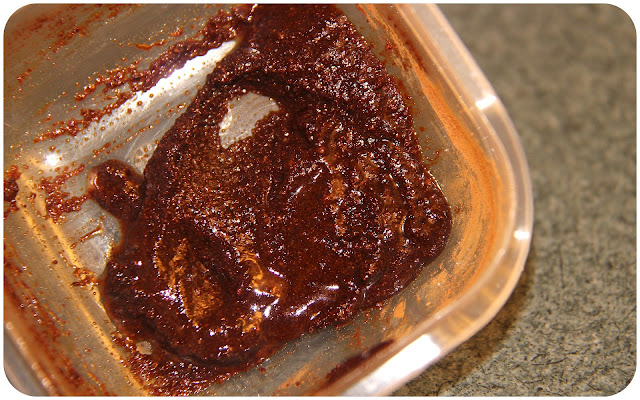 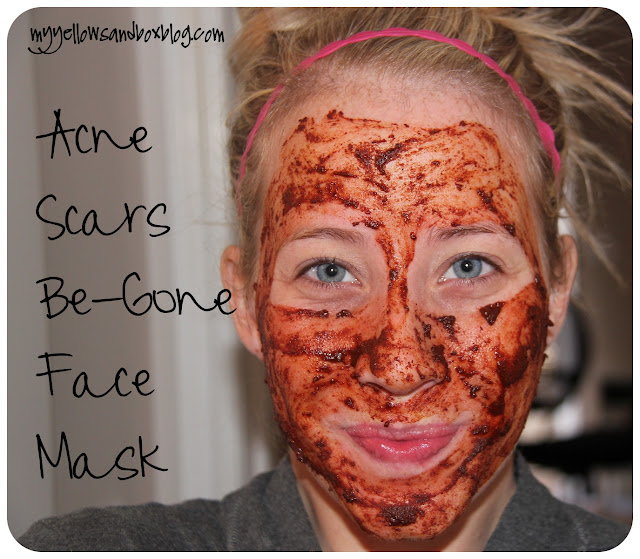 Don’t I look beautiful?  GORGEOUS!  Ha, if this mask wasn’t so awesome!  Nutmeg is an anti-inflammatory.  It’s been used since ancient times to heal many skin diseases including ringworm and eczema.  And speaking of ancient times- cinnamon.  Don’t even get me started!  It’s been used for thousands and thousands of years as an anti-fungal, astringent, anti-viral and blah blah.  Cinnamon is awesome.  And it tastes good in my hot chocolate.  You mix those two with some honey, an antiseptic, and some lemon, which people use to fade acne scars and age spots, and you get this wonderful concoction of a mask.

Again, lemon is pretty powerful.  If you have sensitive skin, leave it out or dilute it first.  This mask isn’t going to move mountains in one night but with consistent application it will lighten up marks, blemishes and scars.  No more than three times a week though please!

YAY for DIY masks!  I honestly love this mask.  It is so refreshing.  It leaves my skin feeling smooth and soft.  You’re just going to have to try it!

174 thoughts on “the burning face mask”