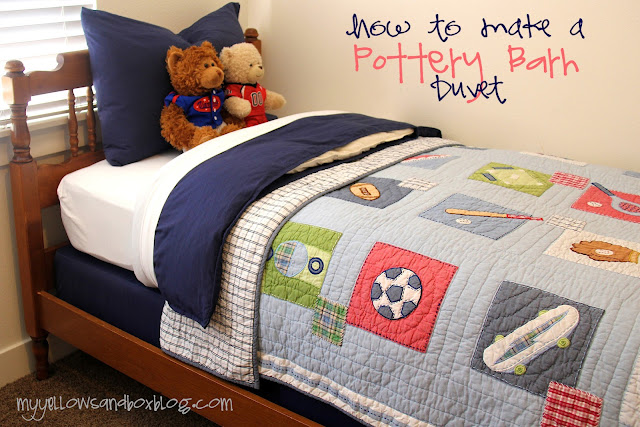 Interior ties and hidden button closures.  That’s all there is to it.  You can spend over $100 at Pottery Barn or you can DIY and spend less that $25.  PLUS you’ll have leftover fabric to upholster your box springs.  Which means you don’t need to buy a bed skirt.  Cha-awesome!

Over the years I’ve made a handful of duvets.  They are just about the easiest thing you can sew.

If you are making a twin duvet you’d usually buy two twin flat sheets, sew them together and call it a day.  Sheets though can be expensive and if you need two flat sheets, you’ll need to buy two sets of sheets… because one top sheet and one fitted sheet come in one package.  With me so far?

I didn’t want to buy two sets of sheets and I was hoping to have extra fabric to upholster my ugly box springs.  I found some Navy Blue Queen sheets on clearance for $20.00 and didn’t look back.  I figured since a queen is so much bigger than a twin, I could cut up the fitted sheet and use that as my second sheet and use the leftovers of the flat sheet to upholster my box springs.  Following me?  I know this can all be a little confusing!

Here are the steps- 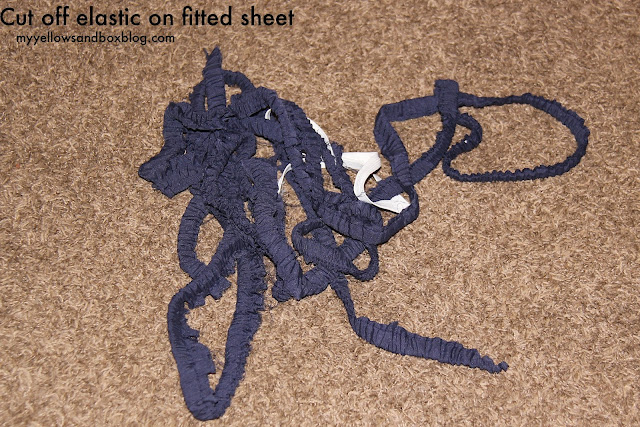 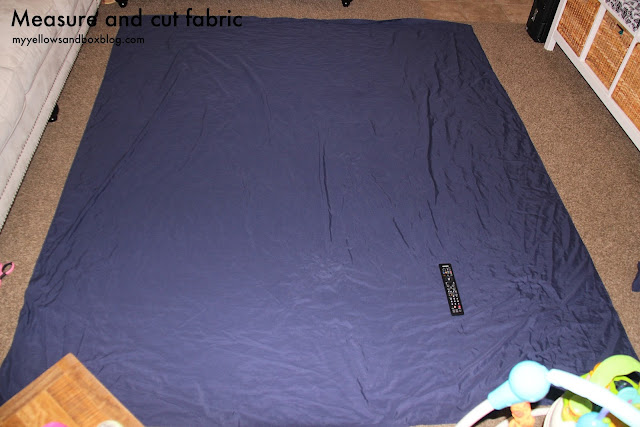 My twin comforter measured 57×83.  I measured the length and put my tv remote on the mark and then I measured the width.  The bottom right corner of the remote marked my x.  I’m a professional like that. 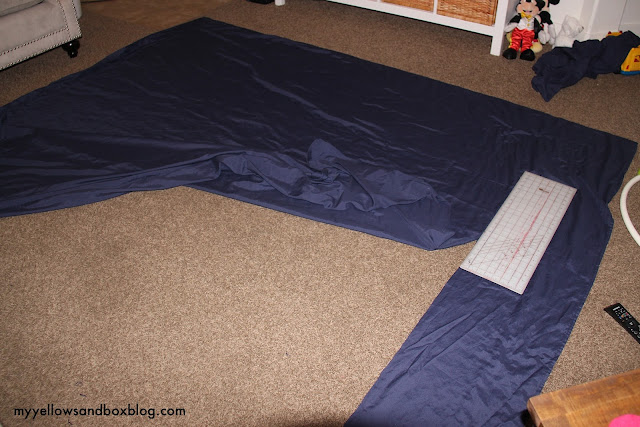 Then I got my nifty ruler/cutting thing and just started cutting.  I gave gave a 2″ seam allowance just to be safe.  I ended up cutting 59″x85″. 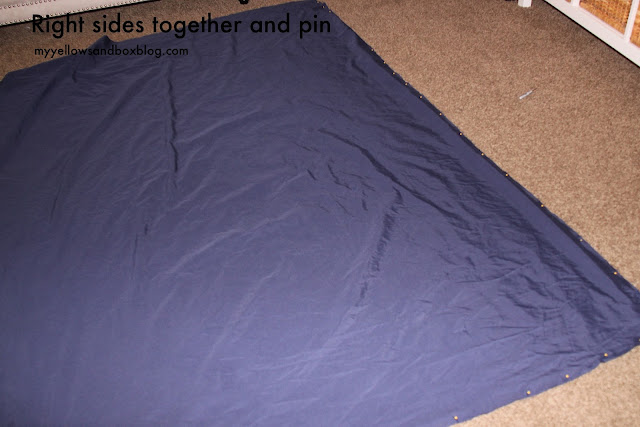 Right sides together means that the two good sides are on the inside.  Because when you flip it all inside out you want the pretty fabric to be on the outside.  Make sense?  Then match up the edges and pin. 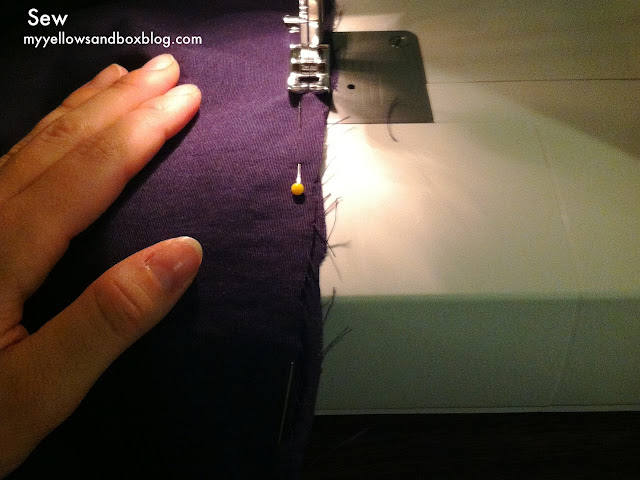 I sewed one long side and one short side.  I did that because I wanted to make sure all the bubbles were out of my fabric before I sewed the whole thing together.  A little unnecessary maybe but that’s just what I did.

I flattened out the duvet, pinned the second long side and sewed it right up.

I then sewed part of the last side together.  I sewed 15″ on both sides and left a big hole in the center.  That hole will serve as the opening for the comforter.  You’re going to need to hem the hole so that you can’t see a raw edge and then either sew some velcro over the center or sew some buttons.  I chose 3 navy blue buttons.  Hand stitched those suckers on.  Easy peasy. 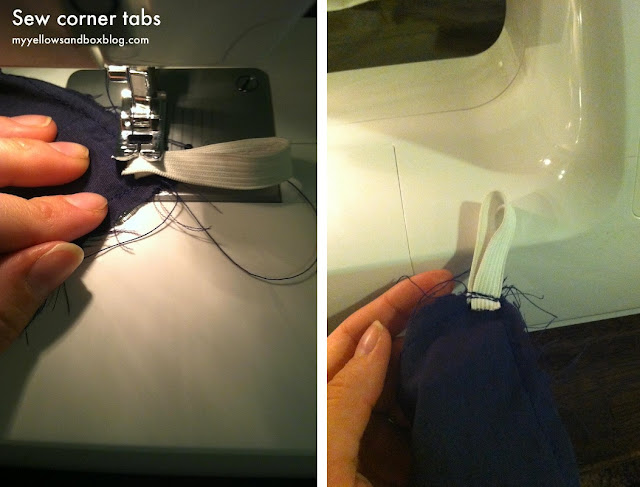 Use the left over elastic you have from the fitted sheet and sew in some corner tabs.  You can then use a safety pin to adhere the comforter into the corners of the duvet.  That way your comforter won’t slip and slide.  And no, I didn’t trim my thread.  Because I’m too lazy for unnecessary things like that!

The absolute last step is to sew a french hem around the entire duvet.  This is the best picture I found to describe what a french hem is. 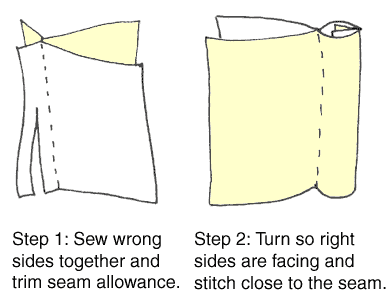 You are basically turning your duvet right side out and sewing 5/8″ seam.  It just gives the duvet a little oomph and makes it look a little bit more professional. 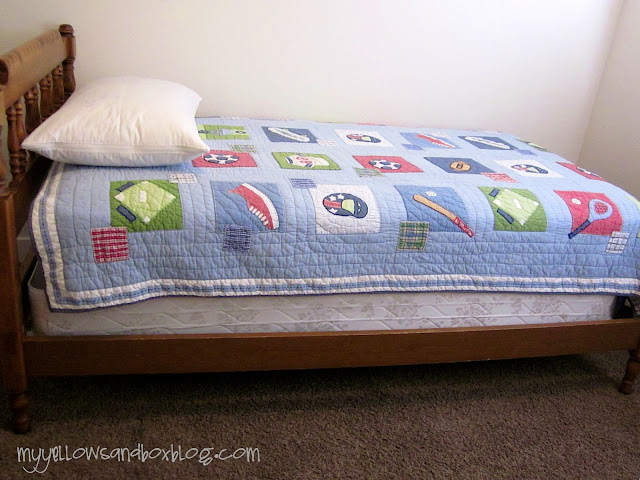 AFTER the duvet and the upholstered box springs 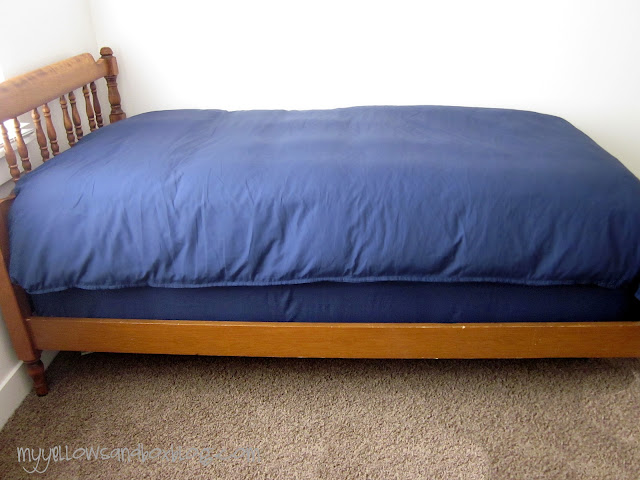 AFTER the quilt and pillows 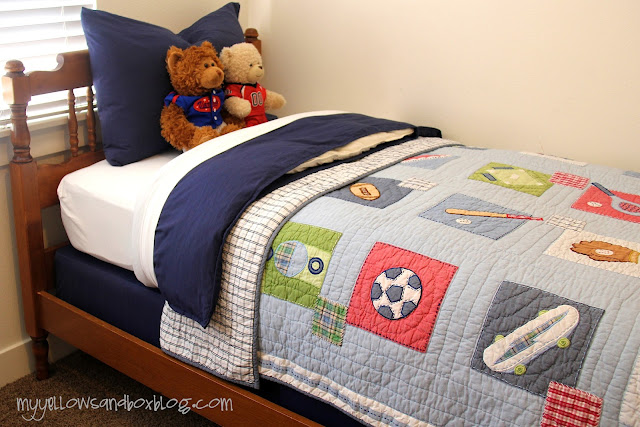 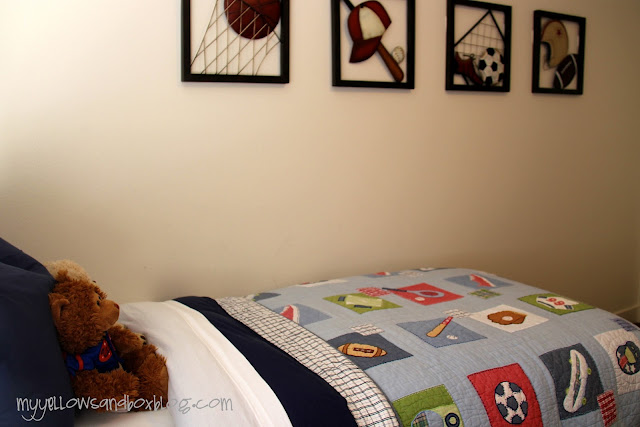 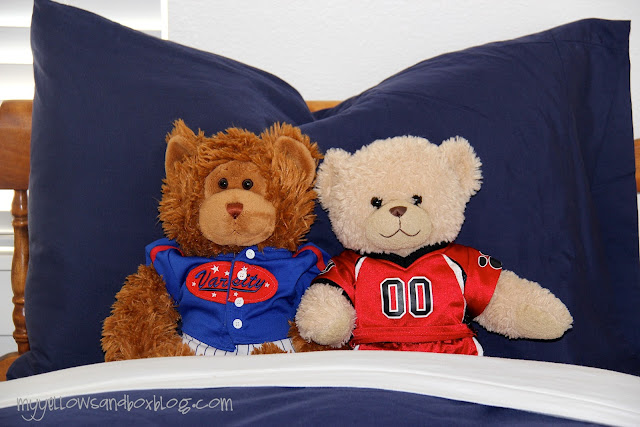 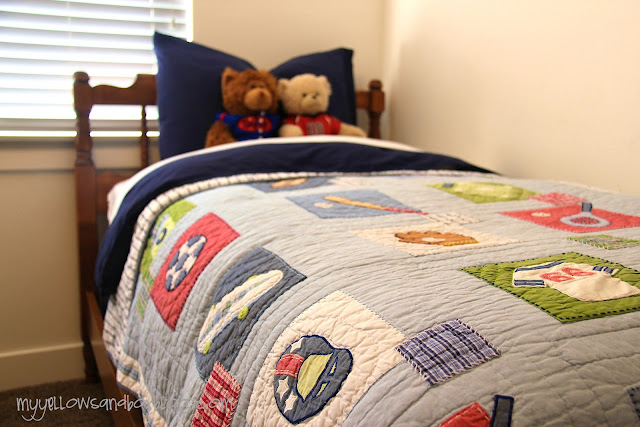 With the leftover flat sheet fabric- 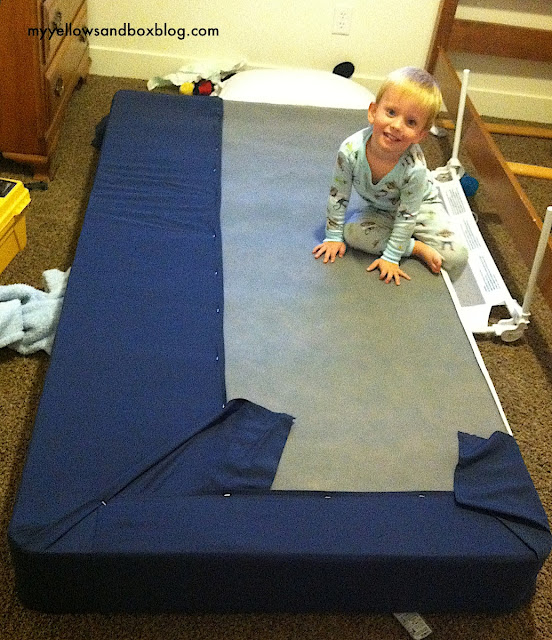 You jimmy rig yourself something that looks like this.  I just ironed it and staple gunned it onto his box spring.  It looks awesome.  No one would EVVVER know it wasn’t a nice fitted sheet/bed skirt.

So for twenty bucks I got a duvet cover, an upholstered box springs and two nice pillow cases.

I’m pretty proud of myself.  It took about two hours to complete.  …in the end all you’re doing is cutting your fabric to the measurements of your comforter, sewing three complete edges, adding some buttons to the fourth and sewing an easy french hem around everything but the hole in the center.  It’s super easy.

How to: Stain and Paint Your Kitchen Table