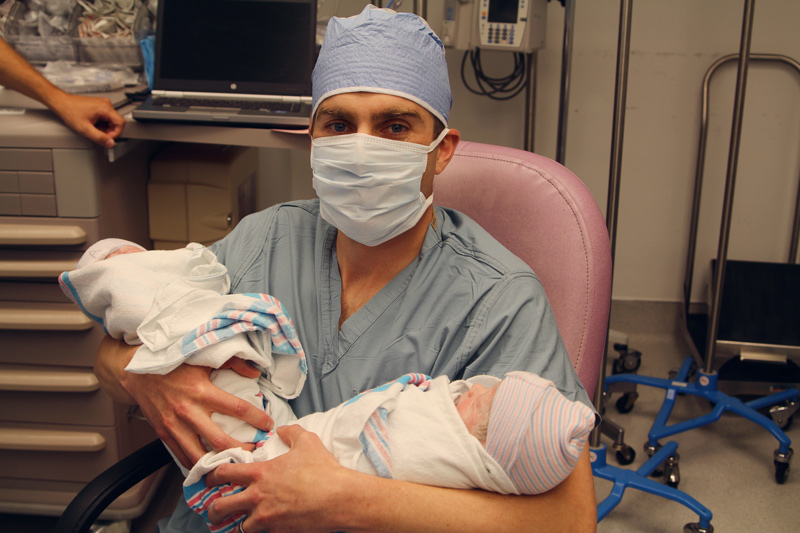 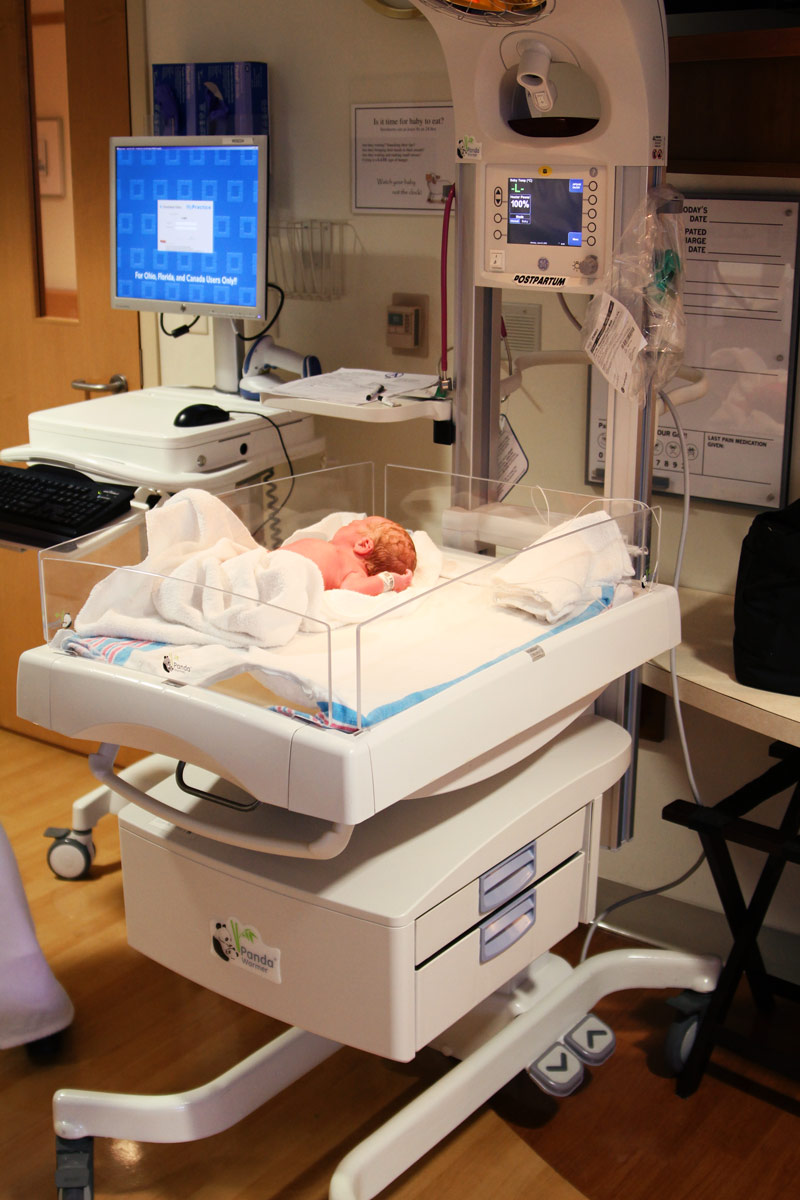 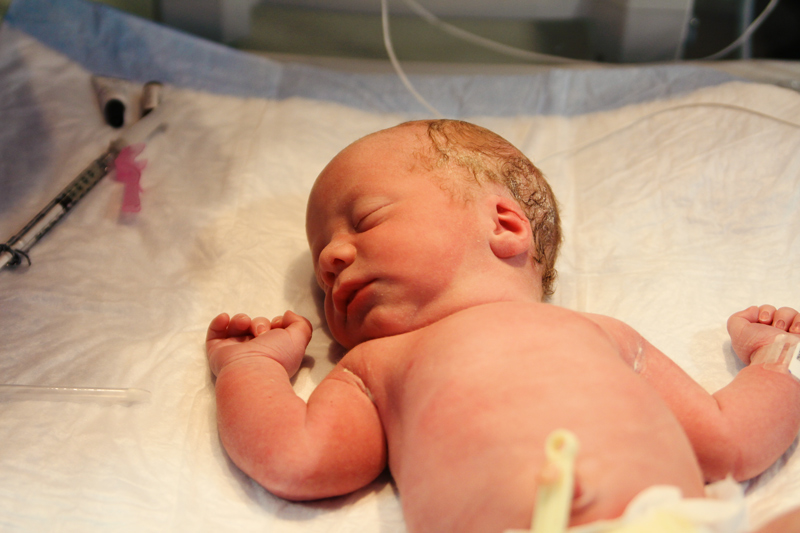 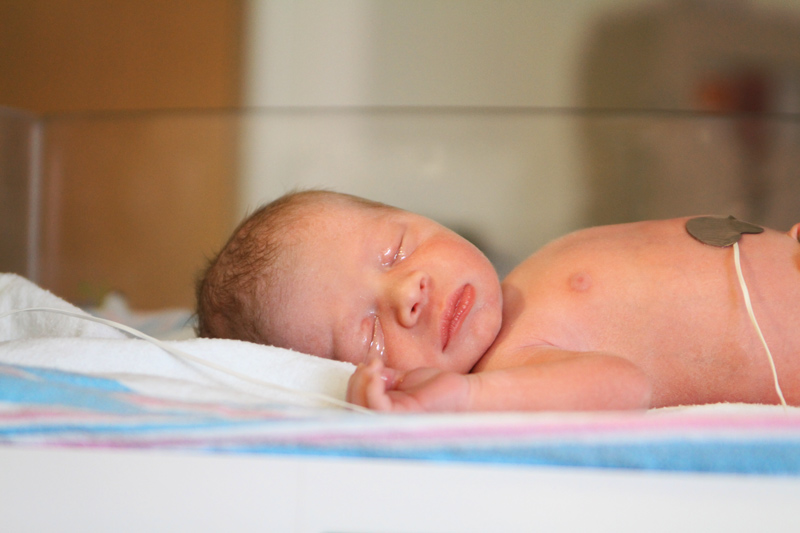 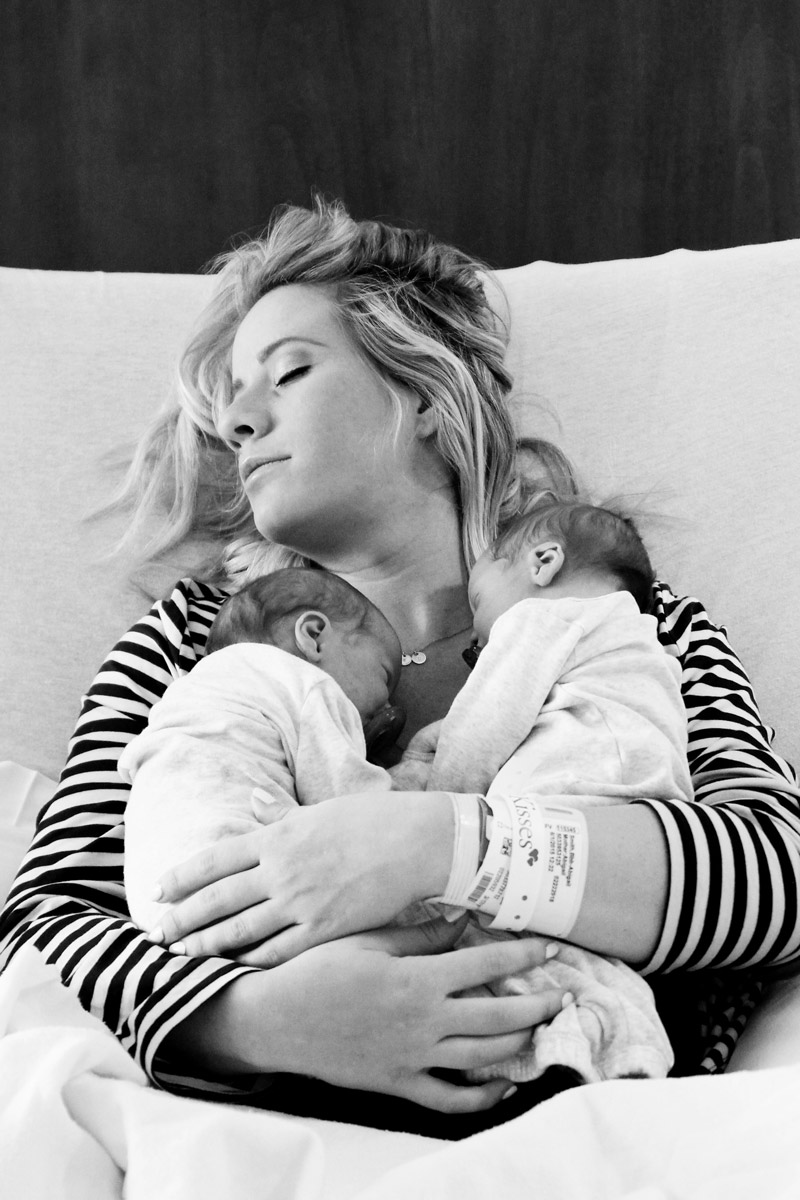 To see the rest of the pictures and to read the story, click through to the post!! 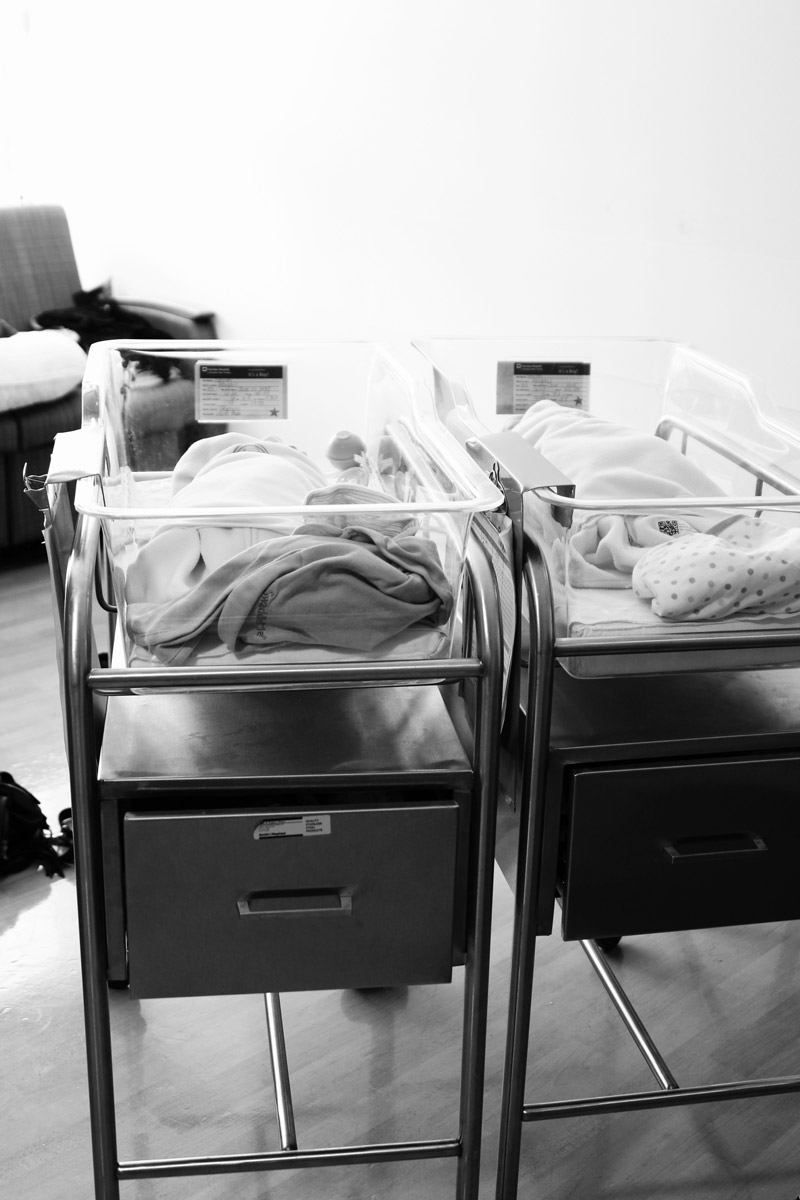 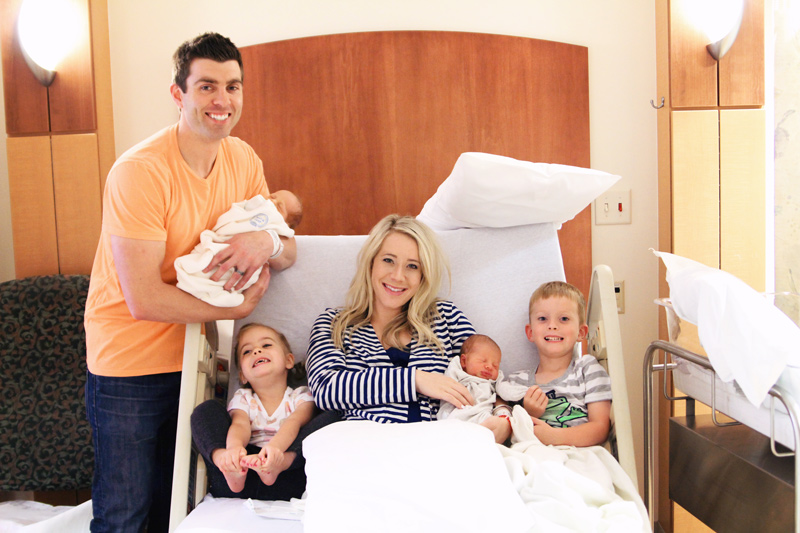 ^^^ My favorite nightgown/robe in the entire universe.  I’ve pretty much worn it every day all day since the day the babies were born!  c/o Motherood Maternity 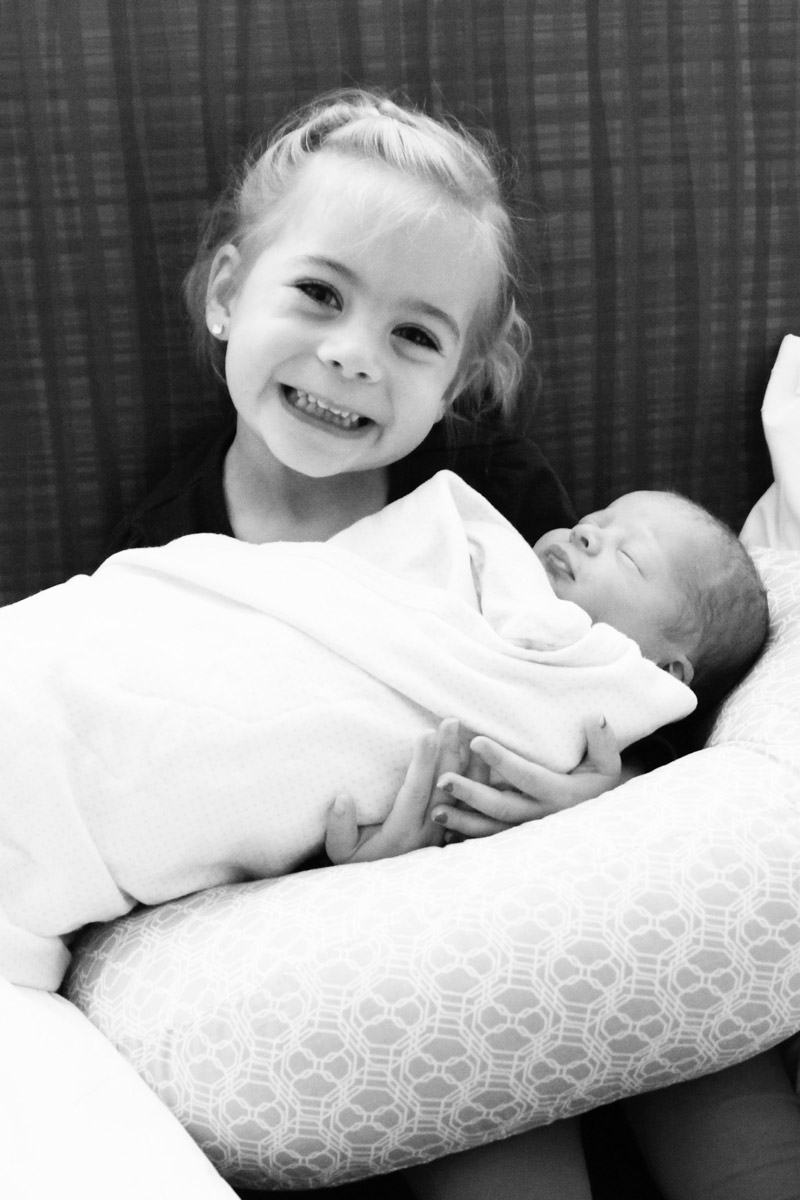 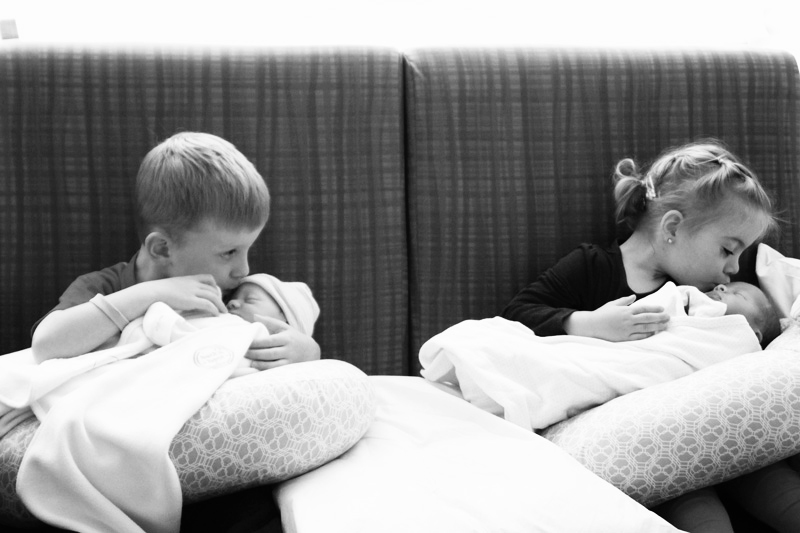 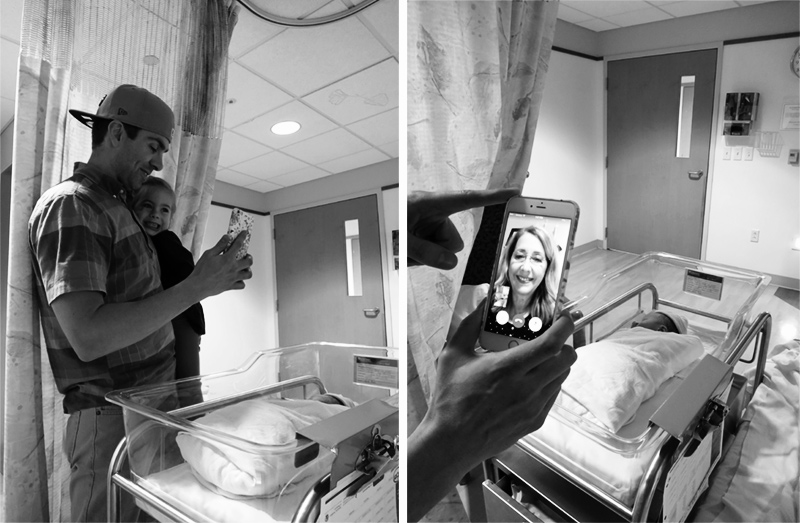 ^^^ Facetiming with my mom and dad in Russia.  They’ve had seven grandchildren since leaving that they’ve never met.

This little face is Kai Creighton Smith.  He’s baby A! 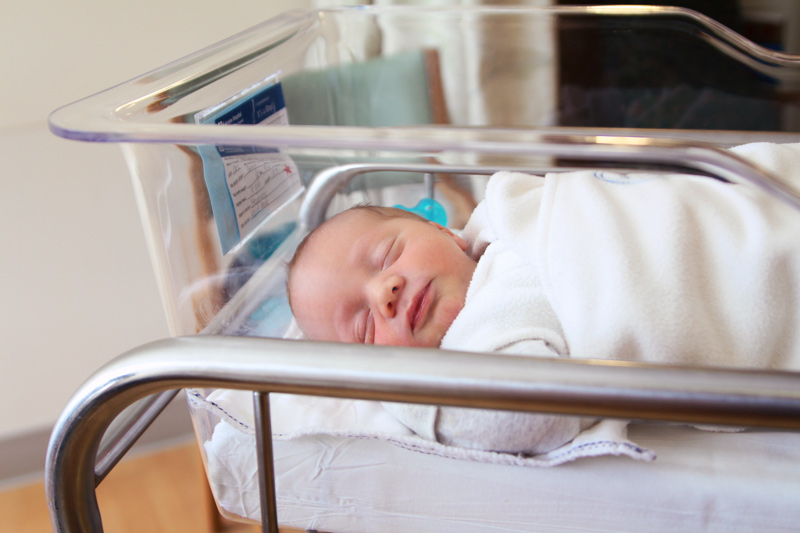 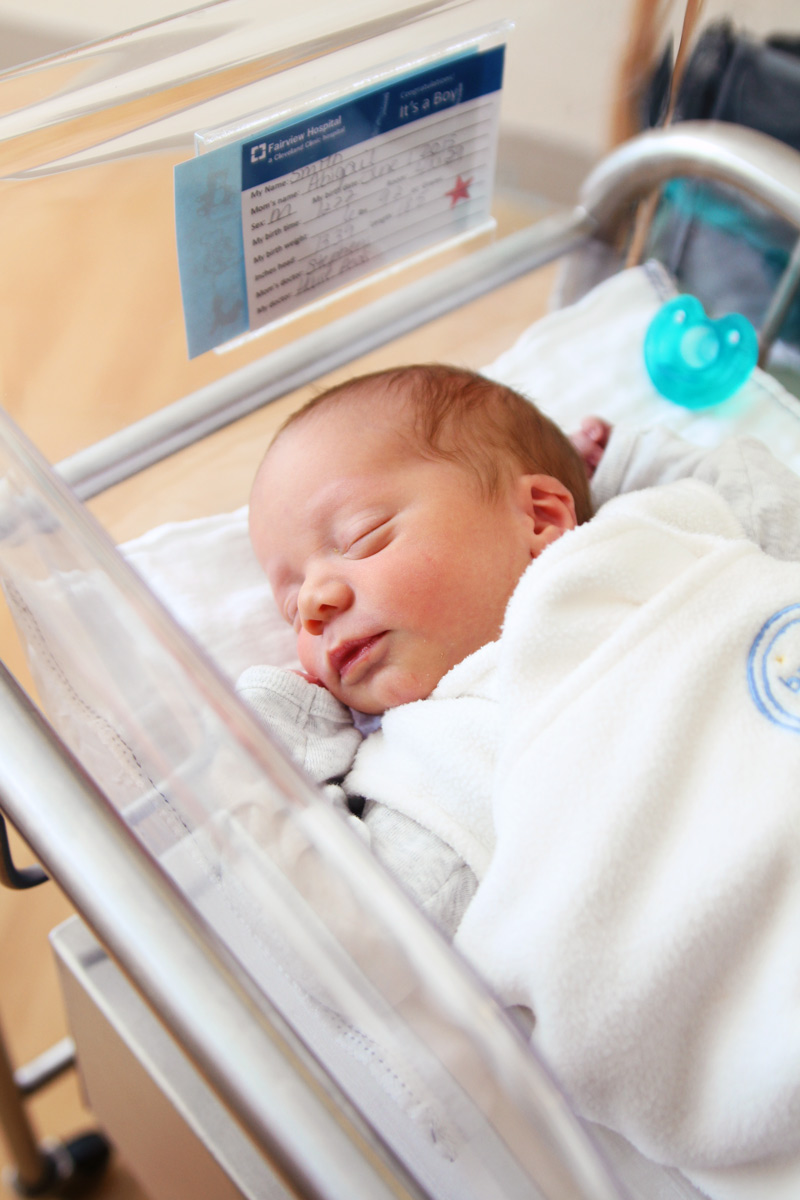 And this little baby is Cooper James Smith.  He’s baby B! 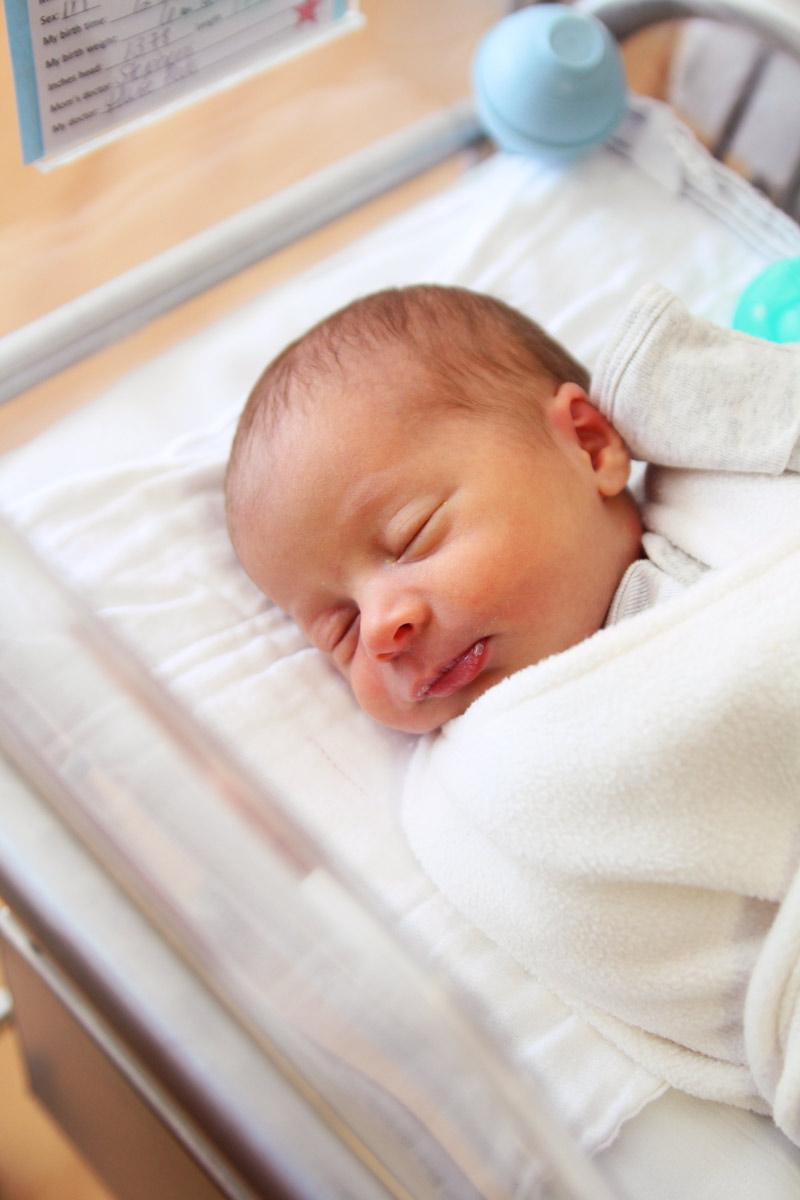 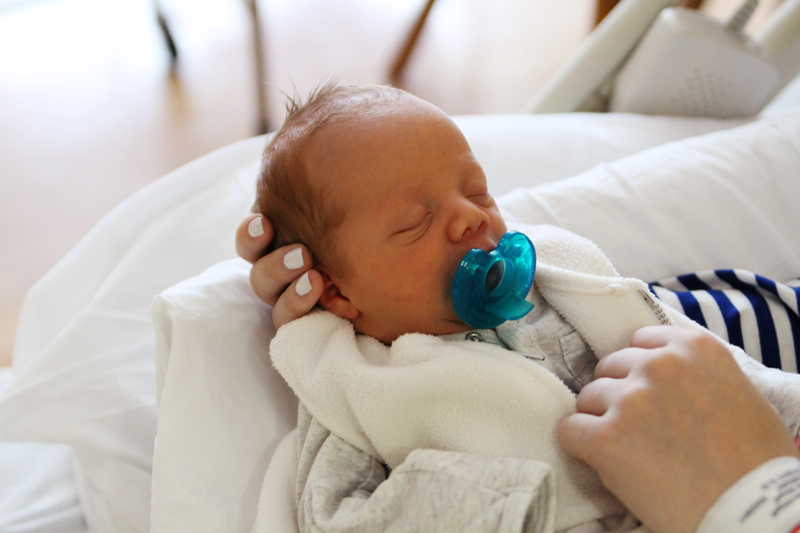 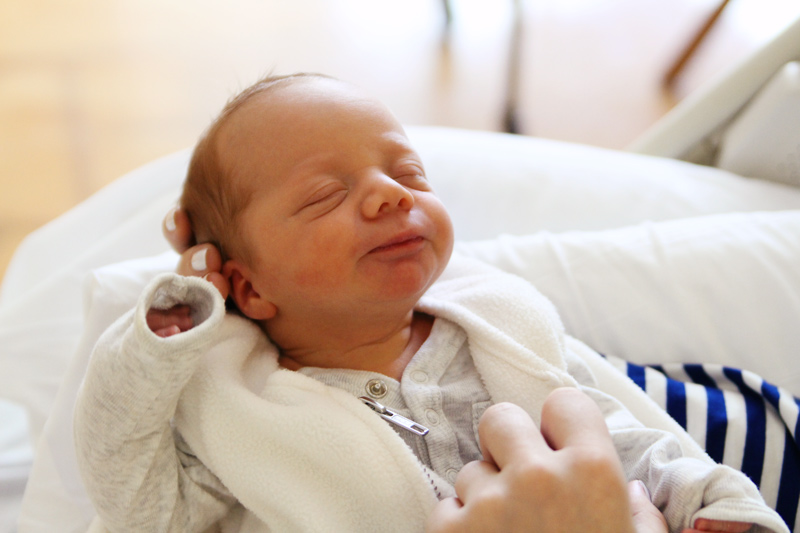 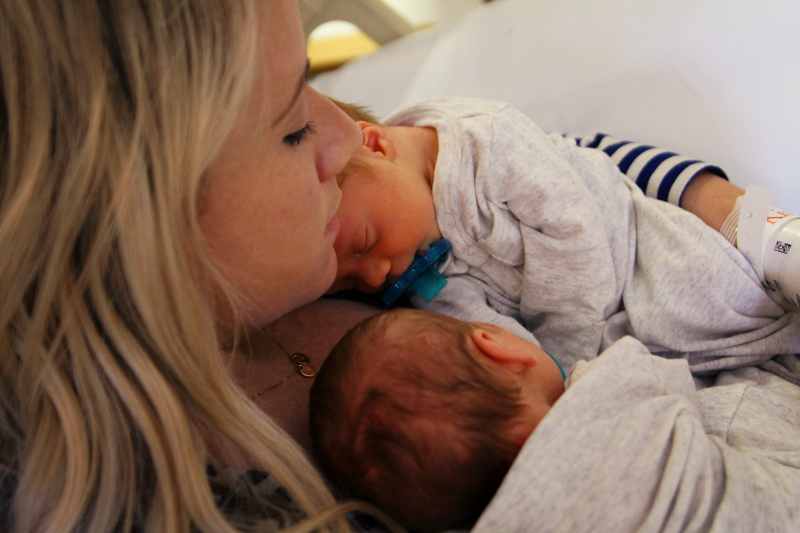 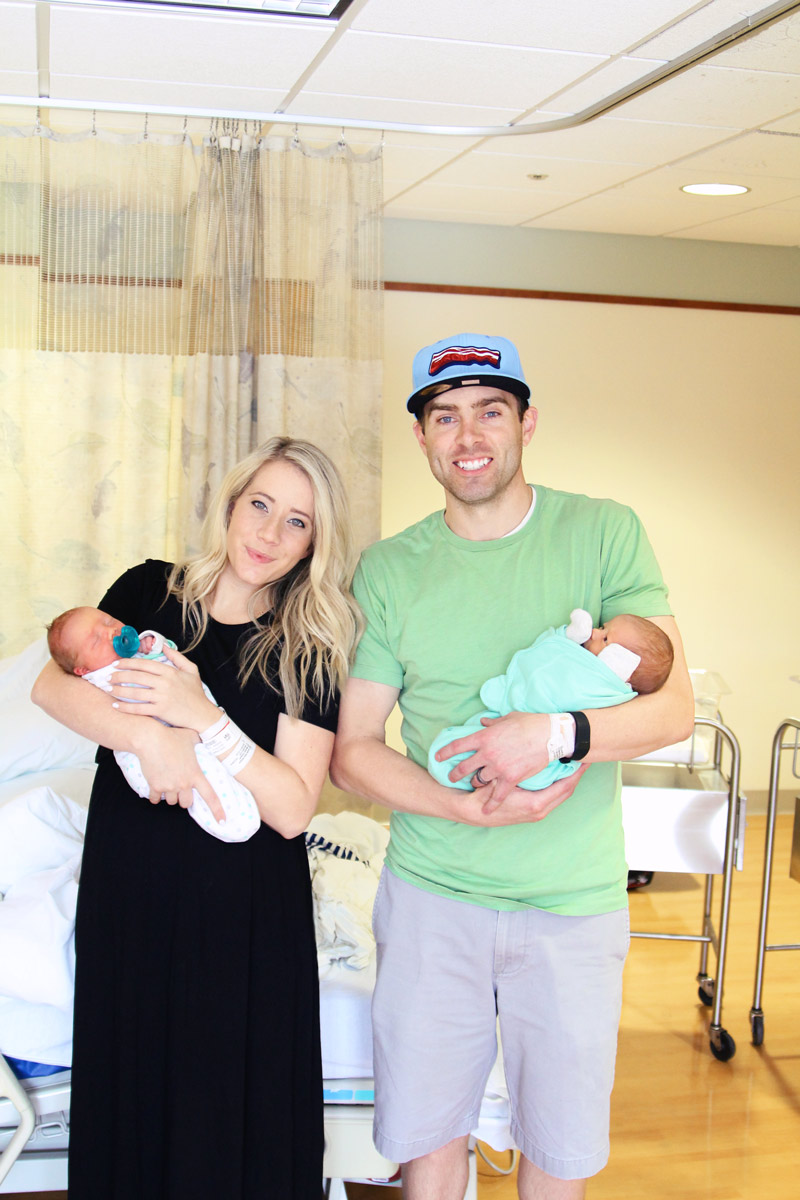 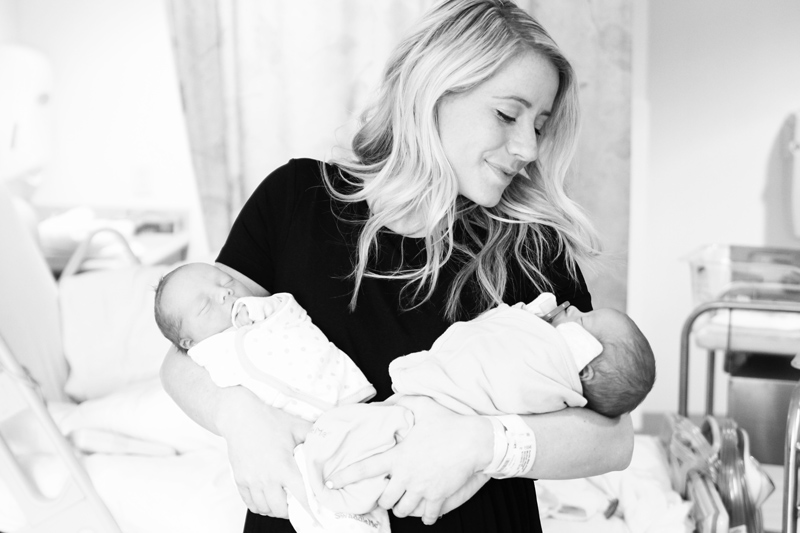 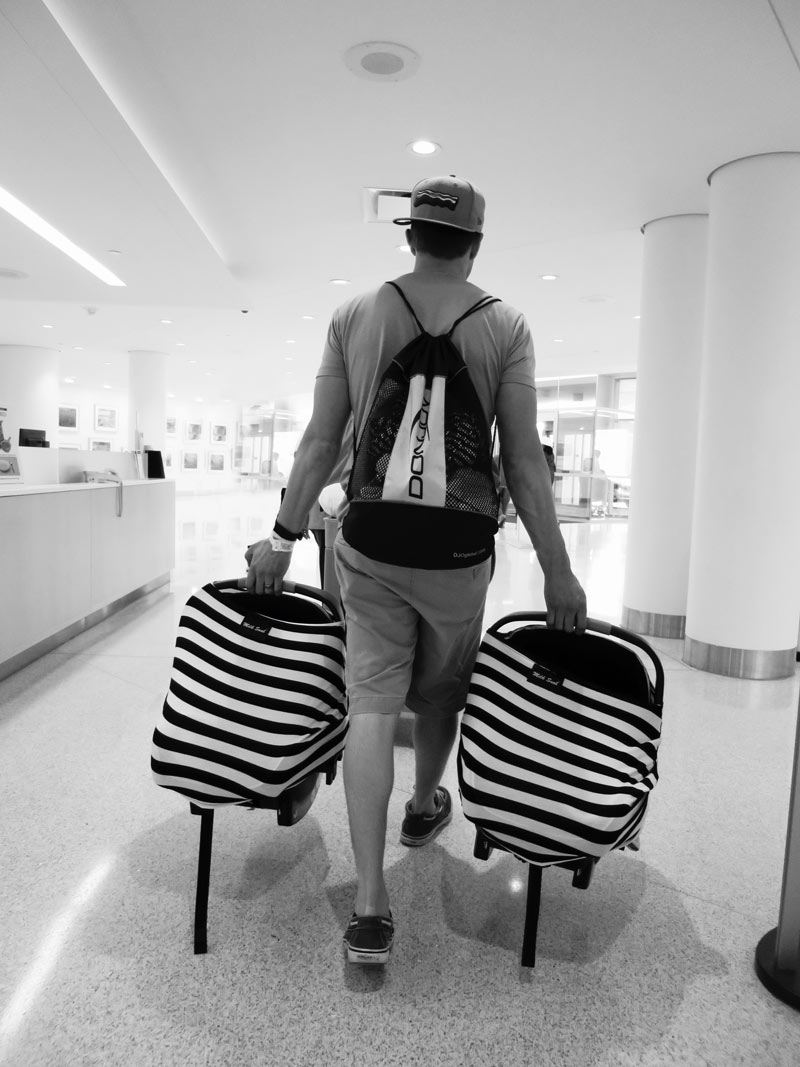 I figured I should probably get this story up before their first birthday, a video will trail shortly!  So the twins were born June 1, 2015 at 12:22 pm, the first to come was Baby A who we named Kai Creighton Smith, and he weighed 6 lbs 9 oz.  Less than thirty seconds later his baby brother was born.  We named him Cooper James Smith and he weighed 6 lbs 7 oz.  They were good sized babies and healthy as could be.  I can’t recall exactly what happened, but Cooper had a hard time breathing.  He kept grunting like a little bear so they immediately did skin to skin and within a few hours he was good as new and needed no nicu time.  It was a scheduled c-section, after 20 hours of labor and 2 hours of active labor I ended up having an emergency c-section with Boston and promised myself I’d never go through the pain of both again.  I opted for a scheduled c-section with Savy and with the twins.  While c-sections are painful, they do get easier the more you have and this one went off without a hitch.  The water retention was insane, dang you saline drip!!!  Finally three weeks later and I’m starting to look normal again.  Hallelujah!!  I’ve been thinking about doing a Q and A video/post about c-sections and how to gracefully survive them.  If there’s any interest for that let me know in the comments, having been through three of them I definitely have a few opinions!  But let’s get back to the twins shall we?!

These little boys have already blessed our lives so much.  When I finish up the video you’ll get to see how sweet Boston and Savy are towards them.  I was a little nervous that Savy would be jealous of all the attention they get but she loves them more than anyone and just wants to mother them.  I’ve caught her a few times lifting up her shirt and trying to feed them… she’ll say “here’s some of my milk Kai Kai, calm down”.  I’ve also caught her trying to pee standing up like Boston so we have a few things we need to work on haha!!!  She’s the sweetest though and while she’s as soft as she knows how to be around them, Boston has become quite their protector.  Always making sure Savy is being soft enough and not smothering them.

Babies bring the sweetest spirit into the home and we are definitely riding the high.  Their newborn smells and sounds and their tiny little cries give you just enough energy to survive the sleepless nights.  This kind of sleep deprivation though is straight up torture. Like, real torture. You finally think you’ll catch some sleep because you’re babies are exhausted and fed and changed and there’s real hope they love you and don’t want you to die.  So you climb into bed and the second it warms up and you start drifting off to a better place… someone’s binki falls out. Or the other one needs a diaper change, again. Or the other one needs to be fed, again. Or the other one just wants to be held. And then one double poops all over Brian and he swears and chucks the wipes across the room and you both start laughing because if you don’t you cry because it’s that painful!!  Forget about getting them on the same schedule. If they were the same baby and one wasn’t so dang sleepy, and the other one wasn’t so dang hungry you might be able to sync them up!!  I wonder, just like I wondered with my last two babies, if life will ever be normal again.  And then I remember how quickly time passes and how despite the exhaustion, I need to just love these babies.  I need to love spending sleepless nights with them and I need to love holding them all day because soon enough, the newborn smell will fade and they’ll be pouring their own bowls of cereal.

My parents are finishing up their three year LDS mission in Russia so my mom wasn’t able to come out and be here for everything.  Thankfully though, I have the most amazing mother in law in the entire universe.  She’s organized closets and ironed every single piece of laundry that’s hit the dryer. She’s kept my older children alive and happy, buying them new clothes, reading them story after story and taking them to the park.  My floors have never looked so clean, she’s made the yummiest meals and desserts and the babies are constantly being smothered with love. I hope one day I get to pay it forward with my own children some day. For those that don’t have an amazing mother in law… I hate to say it but you married into the wrong family!!  She leaves on Saturday and I just might die.  Every morning I wake up and still can’t believe I’m the mother to four kids.  Four you guys… FOUR!

And just like that, the babies are starting to stir and I’ve gotta run.  I’m fairly positive this is how all my blog posts will end for the next three years!  I’ll be back soon, the video is almost finished and I have an amazing newborn shoot to share with you!  Okay, okay.  See ya later on instagram muah muah!

Tomorrow is the Day!