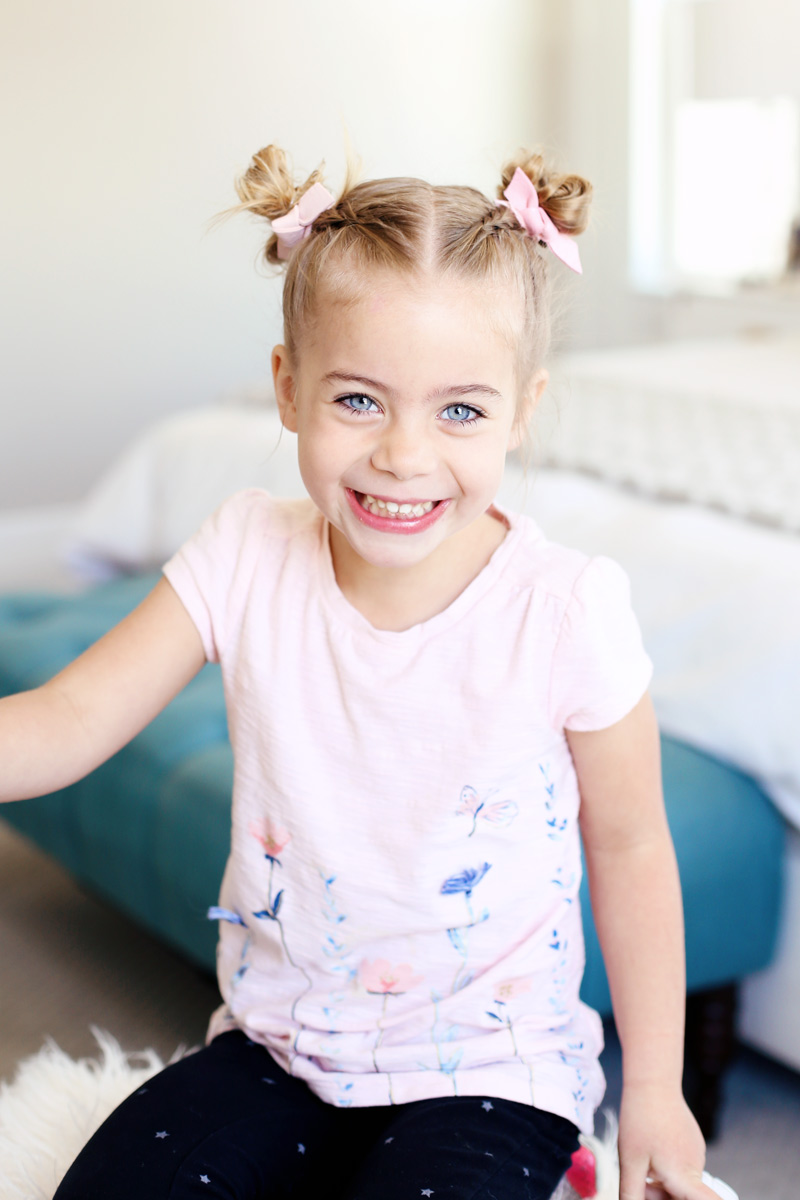 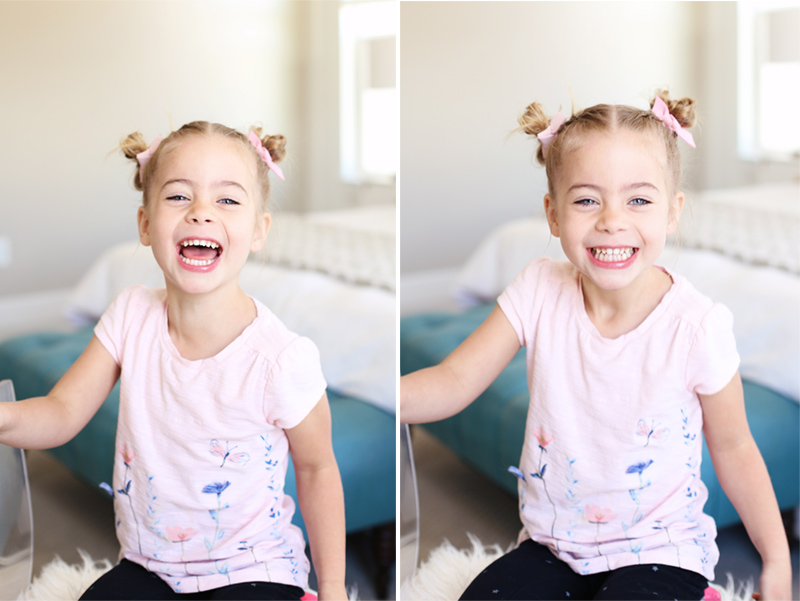 Well it’s about dang time!!!  I think I’ve been asked to do a tutorial on Savy’s little dutch braided pigtails over a million times ?.  Okay so maybe that’s a sliiiight exaggeration haha!  We are so excited though to be sharing this tutorial with you, it’s been a long time coming.  These dutch braided pigtail braids are honestly really easy but there are a few tips and tricks that will hopefully help some of you struggling mamas out.  Doing toddler hair is hard!  And Savy isn’t really a toddler anymore but her hair is SO fine and whispy that I feel like we are still in that toddler stage.  I can tell her hair is starting to thicken up a little bit and we’ve been wearing it down a lot more but if I want something that looks cute all day this is the style I go for.

And I just have to mention, the bows that we’ve used are AMAZING.  I need to buy a million more packs.  I use them in my hair, I use them in Savy’s and I’m obsessed with them because they actually stay in!  Do you know how many cute clip bows we’ve lost over the years?  Probably a million.  And that’s not an exaggeration at all ?.  Because these bows are connected to the elastic, they don’t fall out and I love it!  You can snag them HERE, they’re a little bit on the pricy side but four come in a pack and they are well worth the investment. 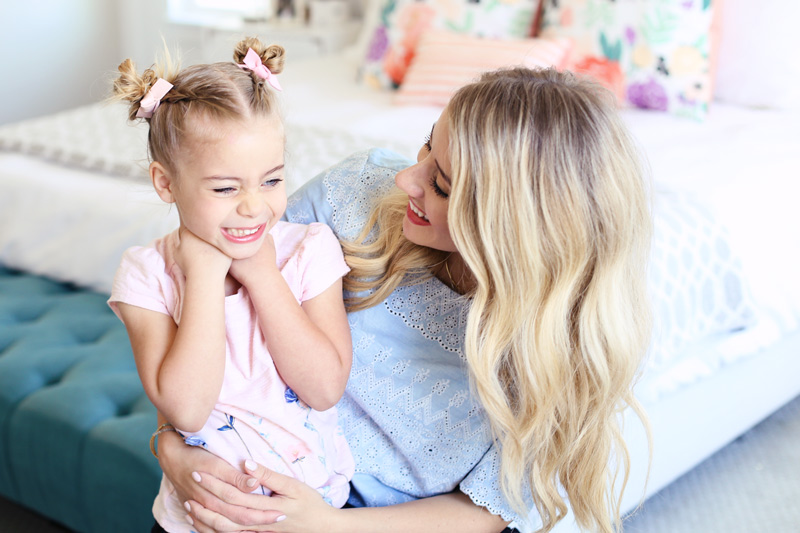 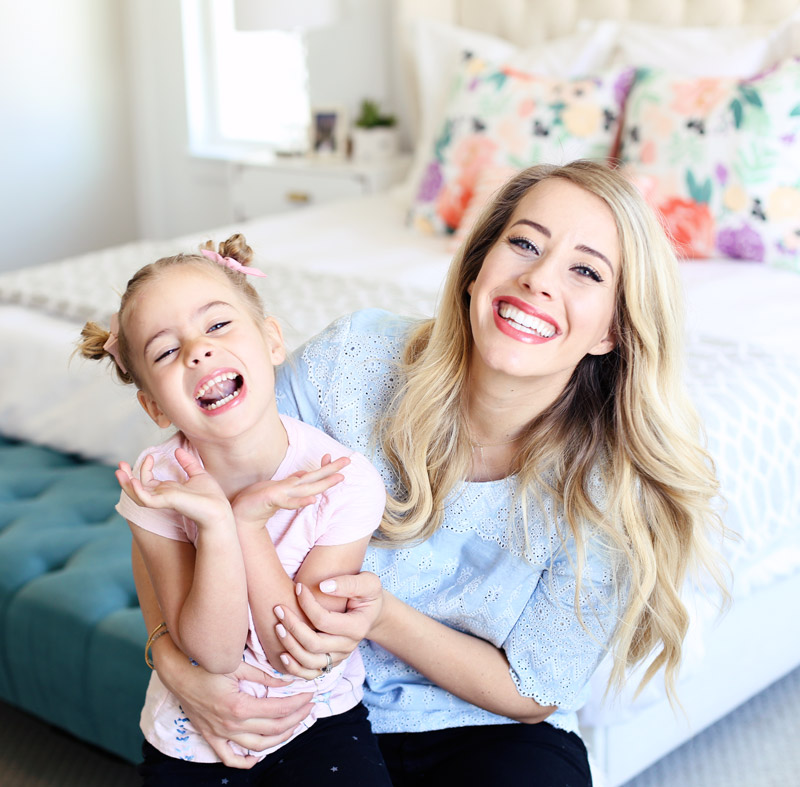 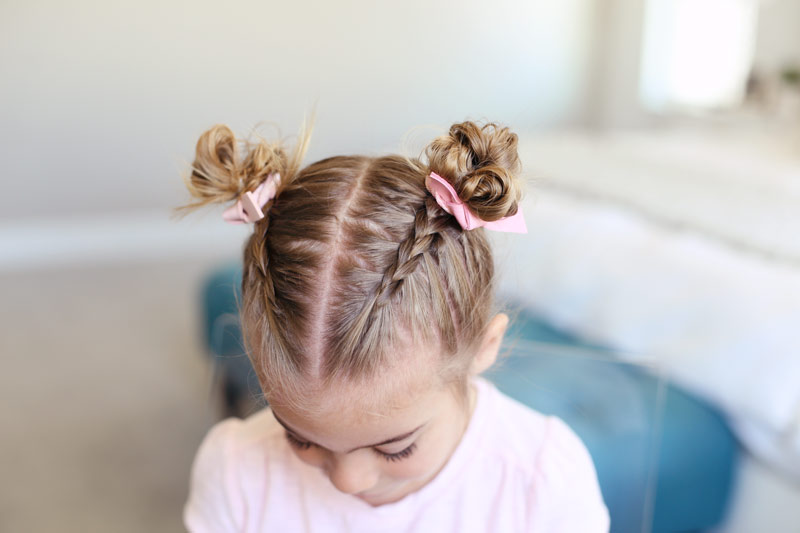 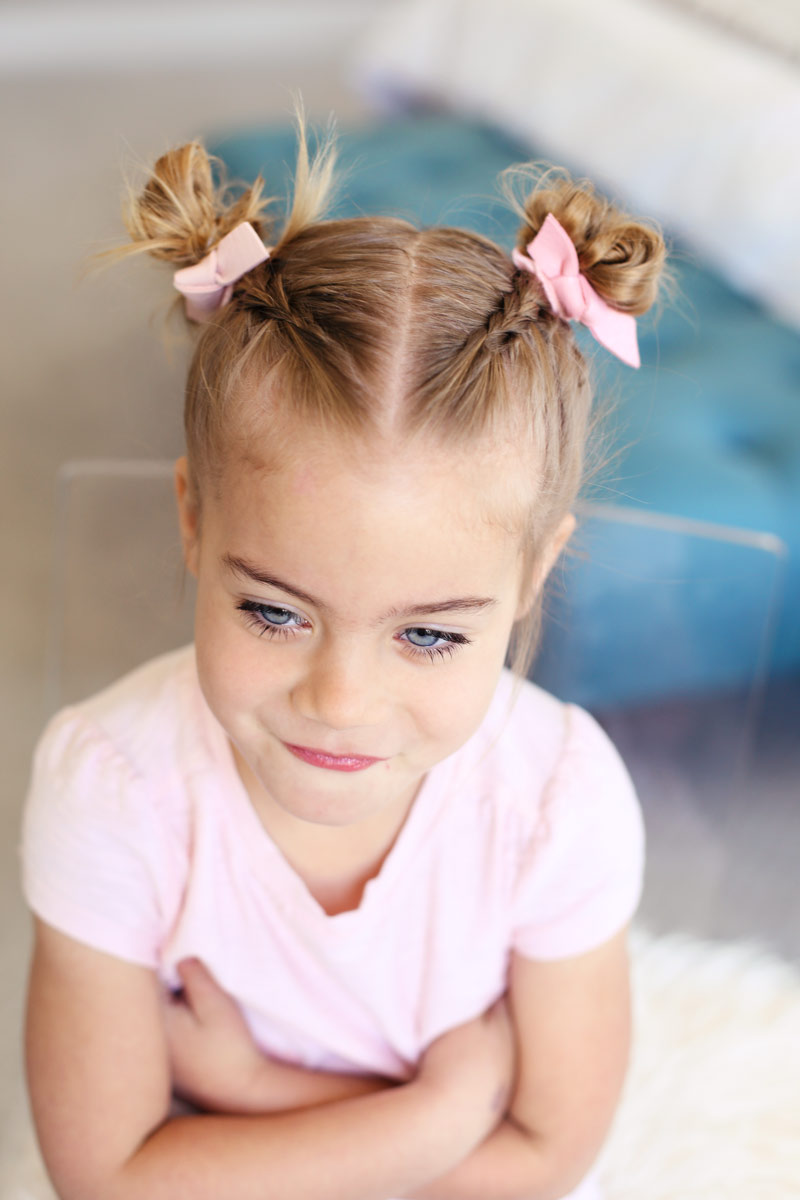 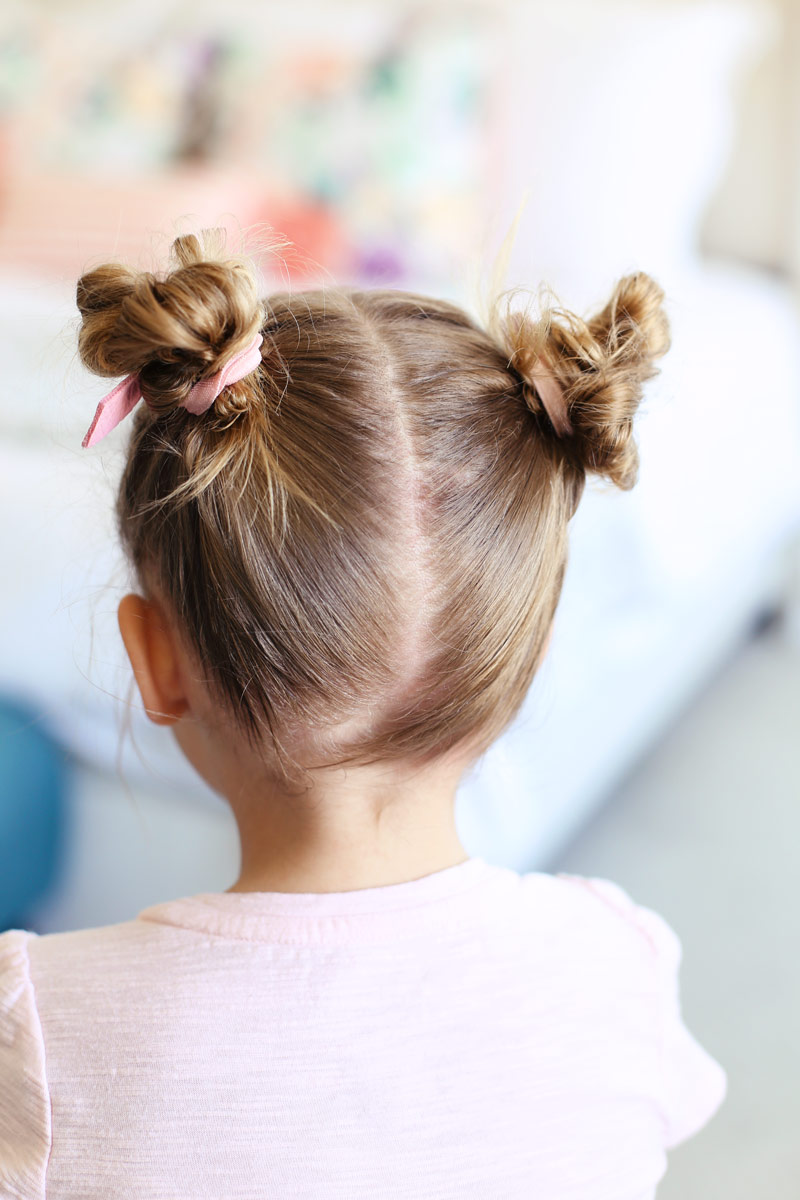 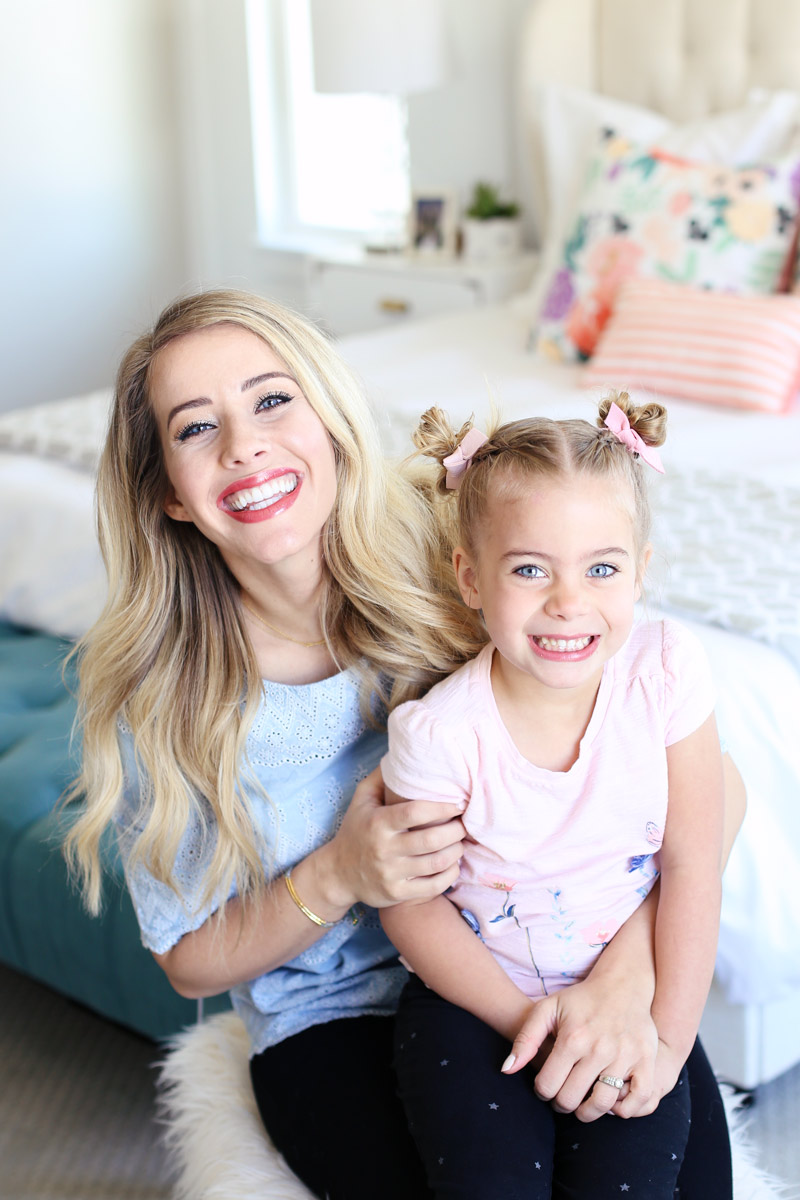 If anything else, please just watch the last 20 seconds of this video… it’s soooo hilarious.  I literally died while editing it.  Savy is the sassiest five year old I’ve ever known.  She is so dramatic and passionate about everything which means she’s on complete opposite ends of the spectrum with her emotions.  When she’s happy, she’s the happiest little thing I know.  And when she’s mad?  Don’t mess.  That’s all I’ve gotta say.  She was invited to play with her friend half way through filming though and all of a sudden she didn’t want to film anymore.  But duh, I made her.  So that the last few minutes were a little rough but hilarious.  Real life with a five year old.  Happy watching!