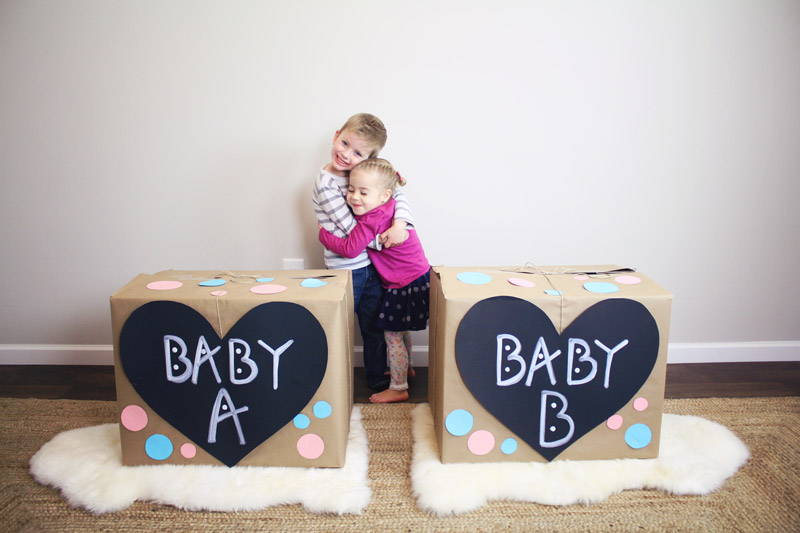 It’s been almost two weeks since we shared the gender reveal video on YouTube.  Hopefully you’ve already watched it and these pictures don’t give away the surprise!  But if you haven’t… yes, we are having TWO BOYS!!!  When our ultrasound tech first told us that Baby A was a boy I turned to Brian almost in tears and said, “I can’t believe we’re having two boys!” he laughed and said, “you don’t know that yet”!  But I did.  I think I’ve known all along even though I desperately wanted to give Savy a baby sister.  I think two more boys is what our little family needs and we are incredibly grateful that they’re healthy and that we’ve been chosen as their family. 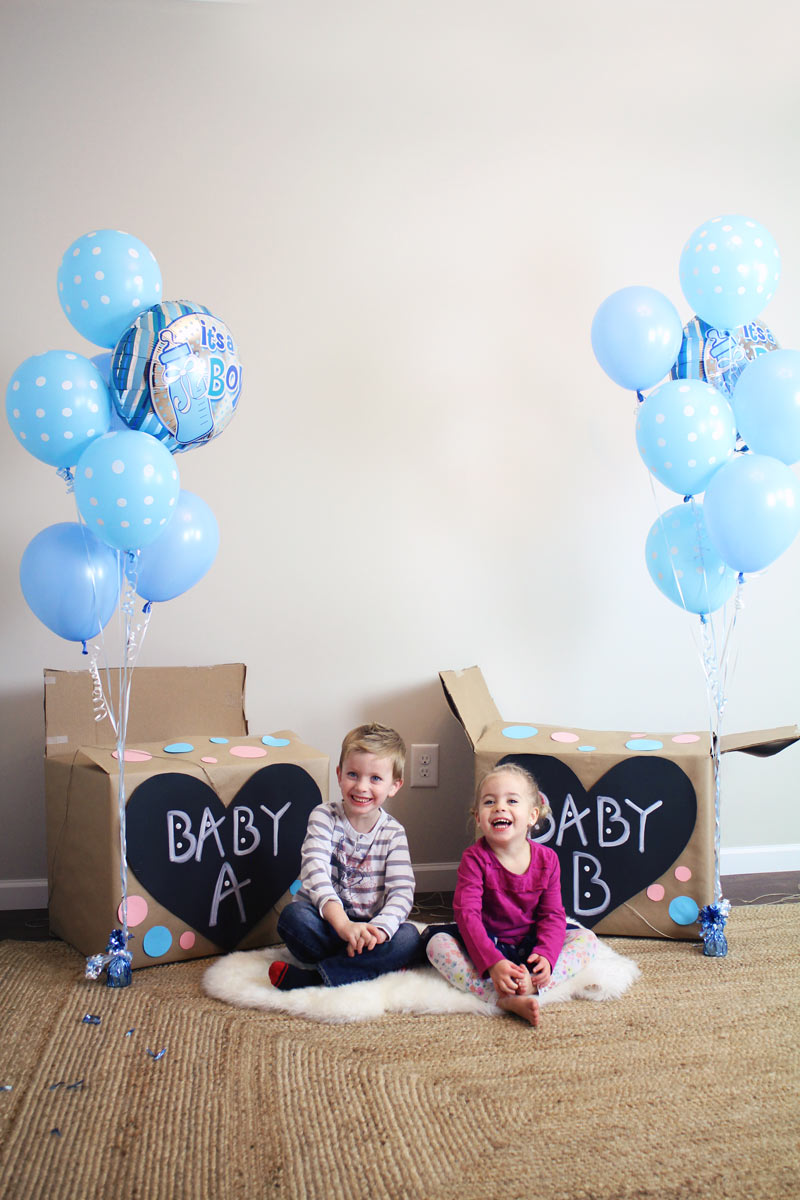 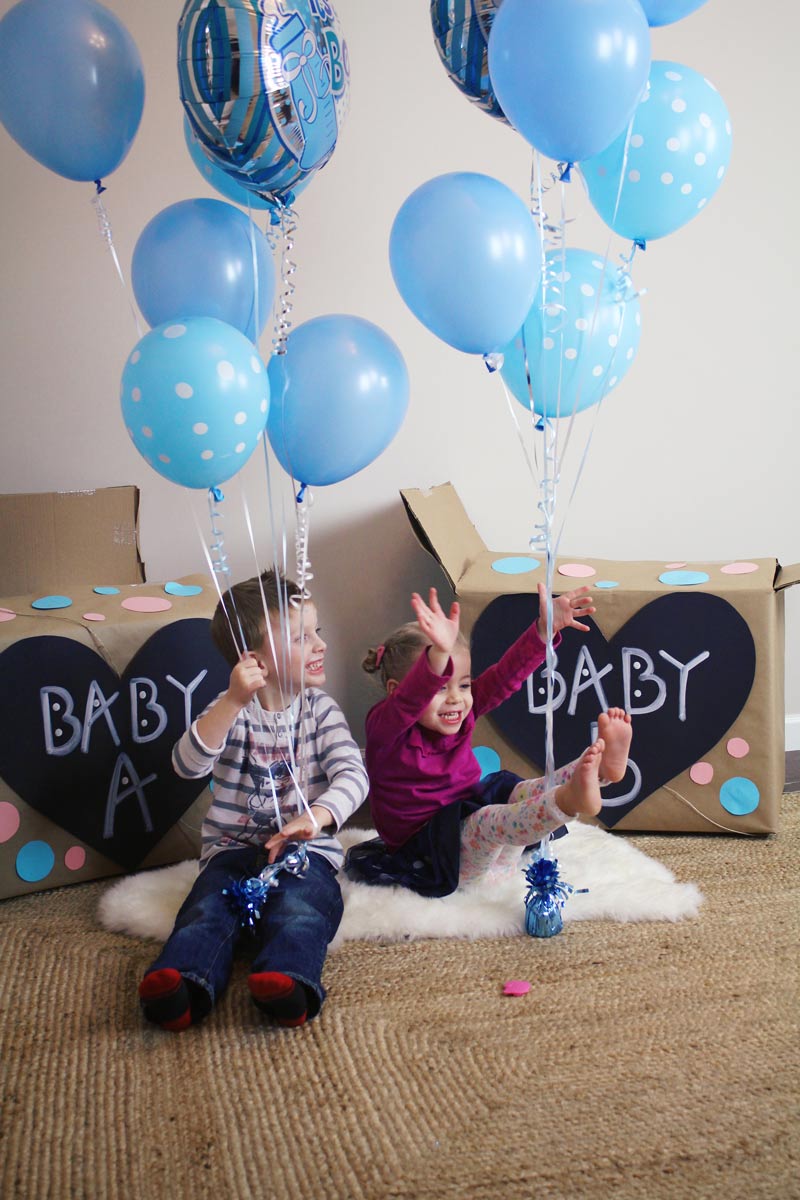 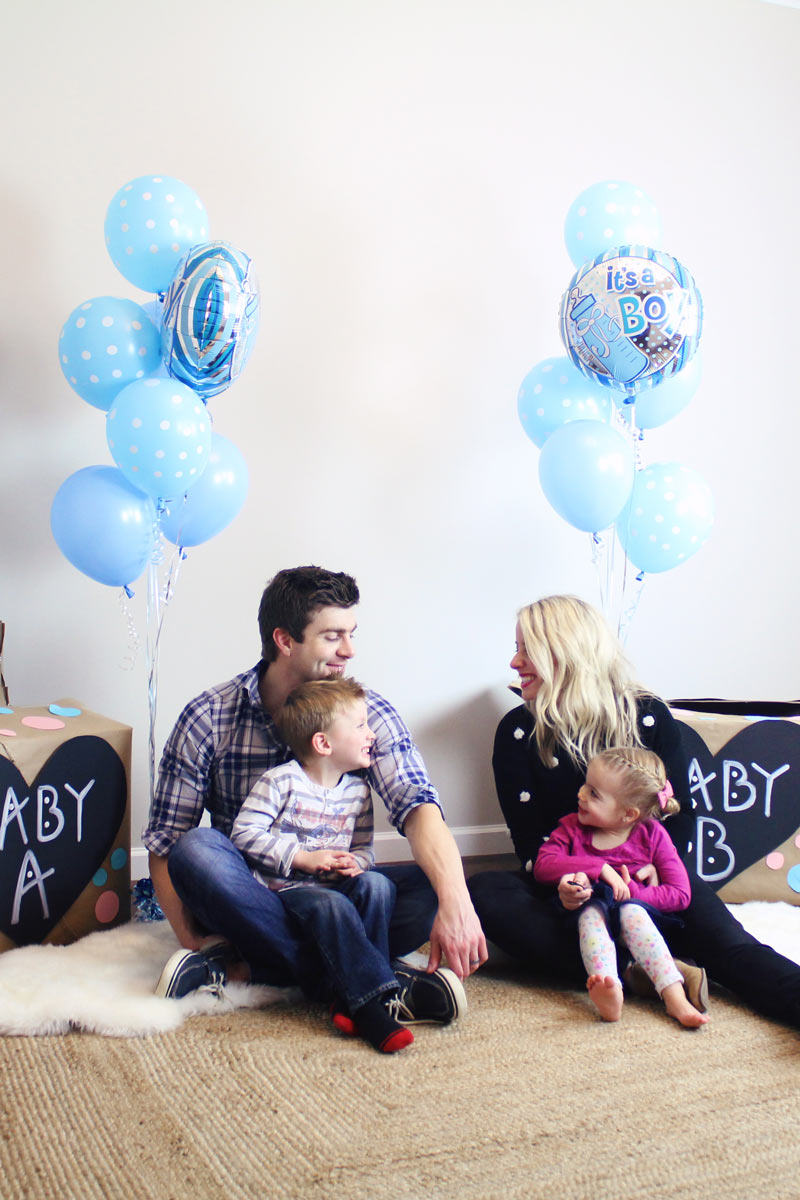 I think the most rewarding thing about motherhood up until now has been to watch Boston and Savy become best friends.  From the very beginning Boston was smitten.  He’s always loved her unconditionally.  He never minded the attention we gave her and he always made sure she’d get a pack of fruit snacks too or that her coat was zipped up and she’d be warm enough.  As a mother I’ve watched this little relationship grow between them and honestly, there’s nothing like it in the world.  To know that these two little humans came to earth destined to be best friends and that you’re just helping foster it.  Their love isn’t just one sided.  Savy is crazy about her older brother.  If she wasn’t oozing so much girl, I might be a little worried!  She asked for a Ninja Turtle Backpack for her birthday and Boston’s taught her all the ninja moves and karate chops she needs to know to successfully fight the bad guys.  She cries for her “ba-ba” the entire way home from dropping him off from preschool.  They rarely fight and all day long I get to hear him teach her and I get to watch her hang on his every word.

Being a mother has truly changed me.  It’s everything I am and even more than I hoped it would be.  There are definitely bad days, hard days, exhausting days and everything in between.  I’m not trying to sugar coat motherhood, it’s the hardest thing I’ve ever done.  In my entire life.  But there are those moments where you see your life in a different perspective and all of a sudden everything that was stressful and hard just goes away and you’re left with two little people who love you unconditionally.  I can do no wrong in their eyes.  I image having two more little boys is going to change the dynamic of our family a bit.  But I also see Boston and Savy smitten with their two new baby brothers.  I see these two little boys growing up knowing more love than most and sharing a bond with each other that will be just as amazing to watch.

So.  Am I ready for two newborns at once with the closest family over 2,000 miles away?  Absolutely not.  I’m terrified!  But if there’s one thing I’ve learned it’s that I need to enjoy the journey and not wish it away because it’ll go by in the blink of an eye.

In case you missed the video, or want to watch it again (seriously, check out Savy’s ninja moves) here it is in all it’s glory!

And a Very Merry Christmas!